volunteering to help others in need

Teaching English abroad is becoming more popular with many people, young and old, these days. One of the benefits of the teaching abroad profession is the opportunity to travel. For those with a certain wanderlust, living in a foreign, exotic locale is hard to pass up. For the most part, these job openings are in places where English is not spoken widely. Yet, in countries such as India, where English is an official language, there still remains a need for foreign teachers. Here are three ways foreign instructors can still help the populace in a largely English-speaking land.

Differences often exist between someone who learns English as their primary language and one who uses it along with another dialect. One clear distinction is in intonation. Native speakers tend to stress certain words in their sentences. After a lifetime of hearing and using the language in various situations, they have a speech pattern that matches that of the rest of the world where English is the "only" language spoken. Schools abroad want to hire those instructors who grew up speaking only English so they can help locals learn this intonation pattern.

Another important thing foreign instructors can help teach is their culture. Learning how to interact with people in the United States, for example, may help someone in a more impoverished environment overseas get a job with a multinational company. The foreign teacher can help the local understand the expectations of interviewers and potential bosses.

Help the Elderly Communicate with the Young

Today, English is widely-used in India by young people in social media spaces. The younger generation of Indians also watch Hollywood films, quite often in English. No dubbing is needed for them. Elderly Indians are more likely to more proficient in Hindi. Thus, foreign teachers can help these seniors become fluent in what is now the de facto standard language of the internet age.

For Those Still Contemplating Teaching English in India

These are three of the primary ways that one can go abroad and help make a difference. This form of humanitarian aid is invaluable to foreigners who want to interact with the rest of the world in the most effective manner.

To anyone who wants to help people learn the intonation of the majority of the English world, the culture of their own country and the language that is predominant on the world wide web, the time to act is now. 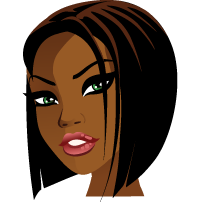 The number of homeless people in my town seemed to be growing. In the past, I would only see a few people struggling to find shelter, but in recent days, there are far more. I wasn't sure what I could do to help these people survive out there in the cold. I decided to contact the humanitarian service and see if there was anything that I could do. It turned out that there were several volunteer opportunities for me to take part in. If you are interested in learning more about volunteering to help others, visit my website where you will find many suggestions about how you can help.